Mobike MOT: Leave your car at our garage and pedal the city

The ‘Uber for bikes’ lands in Manchester and Salford this week. And with a bike rental pick-up site around the corner from Duffy Motors’ city centre garage, we are encouraging more of our MOT and car service customers to complete the last portion of their journey by bike.

Mobike is a ‘dock less’ bike hire system imported to Manchester from China. Users find the closest bike for hire by using an app and rent the bike for short periods of time.

One of the key pick up locations for the bikes is at the Great Northern Warehouse, a three-minute walk away from our city centre garage.

Whether you drop your car with us and cycle into work, visit a cultural hotspot in the city, or bike ride by the canals while you wait for an MOT – pedal power couldn’t be simpler.

Many of our customers already leave their car at our city centre garage before heading into work on public transport.

Where we are, just behind the Beetham Tower, we are close to lots of public transport hubs. Including Deansgate tram and train stations, Oxford Road train station, and free shuttle buses across the city.

The proximity of the Mobike pick-up point is just another way for our customers to get around the city when they leave their car with us.

There are several key Mobike pick-up points around the city. They are listed and shown on the map below.

On Mobike’s website they say that you can leave your rental bike at a Mobike Preferred Location (MPL) or at any public bicycle racks (like those near train and bus stations).

Mobike hope to open up around 30 more MPL sites in the not too distant future. 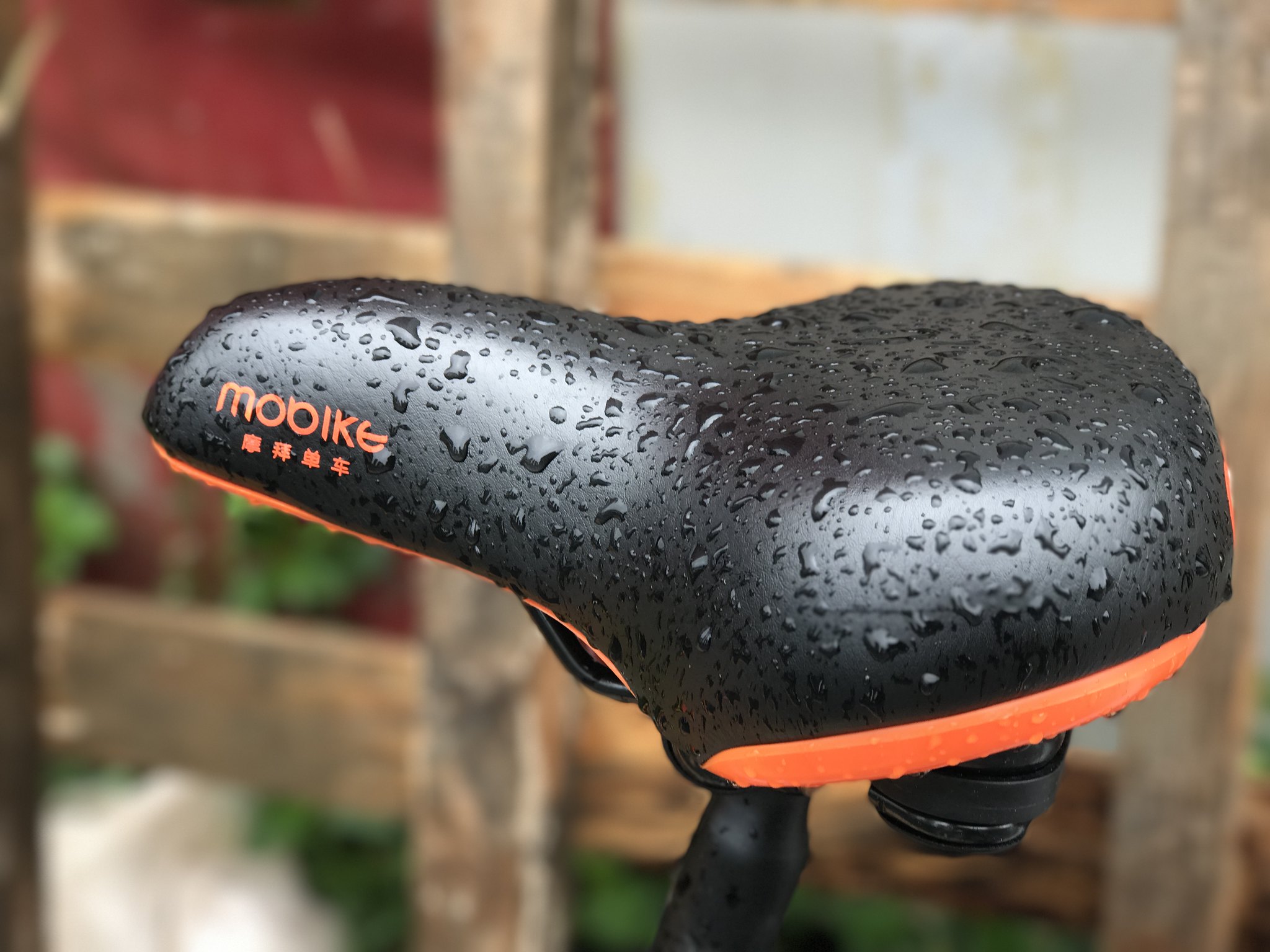 What is a Mobike?

A Mobike is similar to a London Boris bike insofar that you can use them for a short period for a relatively low cost.

The key difference between Boris bikes and the Manchester-based Mobike scheme is that Mobikes are not ‘docked’. All the bikes have GPS trackers, so instead of visiting a Boris bike terminal (and returning the bike to a terminal once you are done) you simply locate and pay for the closest bike using an app on your smart phone.

Mobike is a Chinese company that hopes to revolutionise the way we make short trips in major cities.

They are initially bringing 1,000 bikes to the city for a six-week trial period, but they aim to expand the scheme quickly.

Similar ‘dock less’ schemes have been run by Asian and English companies in cities including Cambridge and Bristol, but the Manchester bike hire trial is one of the biggest, if not the biggest, outside of London.

How much does it cost?

At face value, the cost seems very reasonable. Renting a Mobike costs £0.50 per half hour. The cost timer begins when you unlock the bike (with your smart phone) and stops when you lock it again (also via the app).

But the prices seem less reasonable when you take account of some of the other costs.

Before you use the system you have to pay a sizeable deposit. This is designed to encourage responsible use (to stop you ditching the bikes anywhere, for example).

The deposit it normally £49 but until the end of July it is £29 in Manchester. This deposit is refundable if you no longer wish to use the app.

The other strange caveat of the pricing system is that it is based on credits. Each time you use a bike, or perform some other ‘responsible use’ function, you will earn one point. But you can also lose points, and if your Mobike credit balance falls below 80, then the fee for renting a bike increases to £100 per half hour (that’s not a typo).

Here is the table explaining the credit system from the Mobike UK website.

Will it last in Manchester?

The scheme is obviously new in Manchester and is currently in a trial phase. The idea could catch on, especially as Manchester becomes a more bike friendly city.

There are concerns about the scheme though. In similar schemes in Asia, the for hire bikes have found themselves dumped in huge piles on the sides of streets and in public parks.

Andy Burnham, the new mayor of Greater Manchester, has committed to Manchester’s cycling future. The mayor has even decided to cycle to work at least once a week – but he seems less convinced about the Mobike hire scheme.

He said it was: “an untested idea in the UK,” continuing: “We’re conscious that our city centre is a complex and busy area already, so TfGM has been working hard to establish a voluntary code of working with Mobike to make sure the service operates in a way that doesn’t inconvenience other road users, pedestrians or city centre traders.”